SEED stands for the Study to Explore Early Development.  SEED is a multi-year, multi-state research study to compare preschool children with autism and other developmental delays to children from the general population. SEED is funded by the Centers for Disease Control and Prevention (CDC) as part of the Center for Autism and Developmental Disabilities Research and Epidemiology (CADDRE) Network. This network is composed of six research sites across the country. The North Carolina site is located at UNC Chapel Hill.

The first phase of this study (SEED 1) began in 2006. Together, six sites enrolled over 3700 children, age 2 1/2 to 5 years old. The second phase (SEED 2) began in 2012 and enrolled an additional 3300 children. During the first and second phases of SEED, the participating sites were in California, Colorado, Georgia, Maryland, North Carolina and Pennsylvania. SEED 3 began in 2016. During the third phase of SEED, two sites left the group and two new sites joined. For SEED 3, the participating sites were in Colorado, Georgia, Maryland, Missouri, North Carolina and Wisconsin. Together these sites enrolled approximately 2000 children. SEED researchers now have information from about 9000 children and their families.

Results from SEED will help researchers better understand the health and behavior of young children with autism and to identify factors that contribute to autism and other developmental issues. 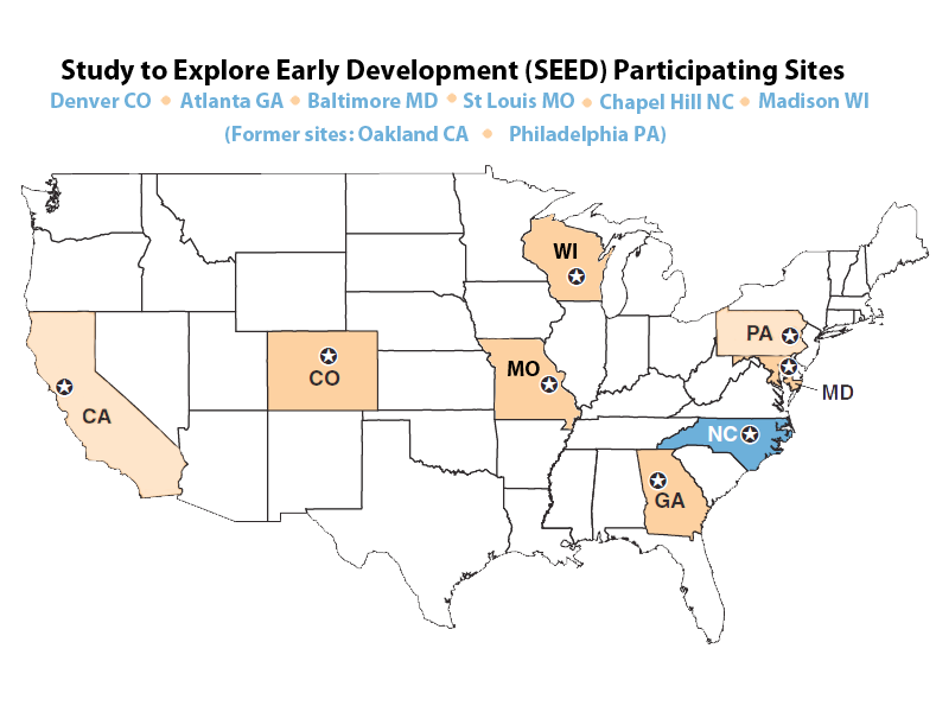